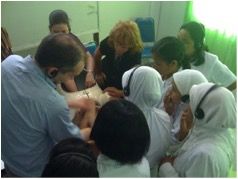 The Maternal and Neonatal Health Program

The aim of the Maternal and neonatal health (MNH) program is to provide sustainability in the health care system. The program works on a ‘Train the Trainer’ model. Our skilled clinicians conduct hands on skills transfer to local health staff with identified leadership capabilities. Along with skills the basics of clinical teaching is provided to the staff. The skills are then ‘taught on’ providing training to others while we are not there. This provides sustainability making health staff better able to handle obstetric emergencies. 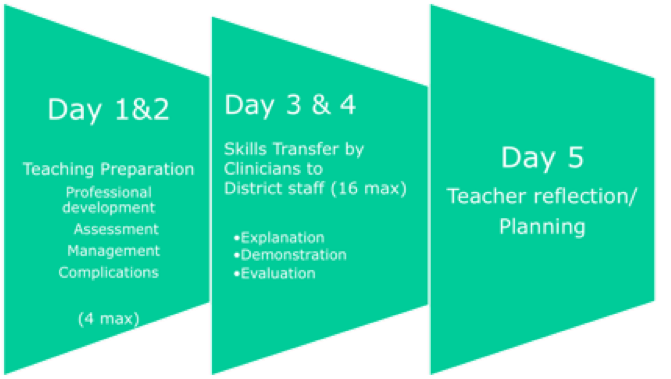 The model used by FOHG over 5 days.

Most importantly all teaching is done in ‘real time’ through an interpreter using interpreting equipment which all participants wear. This saves time and allows for immediate questioning and replies.

The FOHG team has been operating in Eastern Indonesia since 2008 initially gaining support from AusAID to work in the district of Ende on the Island of Flores. We were later invited by the local health Province to work in remote Nagakeo on Flores.

More recently we have extended our work to SoE, north of the capital Kupang in West Timor. It is here where FOHG have built a new clinic (see FOHG projects). 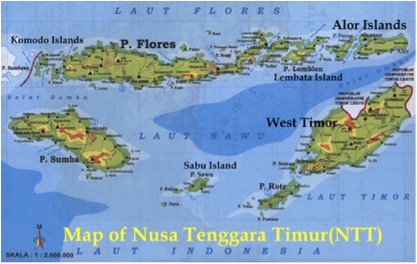 A map of Eastern Indonesia which shows where FOHG work.

Our most recent activity has been value adding to the knowledge of staff at the new Mother Ignancia clinic in SoE above Kupang in Timor West. Currently a 25 bed clinic, there are plans for a full hospital of 50 beds in the near future. This is hoped to have a special focus on women and children (See special projects- SoE clinic).

In October 2017 the MNH team travelled to SoE to provide instruction on basic procedures such as resuscitation and post partum haemhorrage. The team toured the Muder Ignancia Hospital and Niki Niki Puskesmas at the invitation of the Director, Dr Erwin. Further visits are planned for later in 2018. A full report of this visit will be posted shortly.

Over the last 2 years FOHG has been supporting a young midwife from Nagakeo to gain further qualifications at the Kupang Polytek. We are delighted to report that Ibu Nestri has graduated with a Diploma IV which allows her to teach midwifery. She will return to be one of the highest qualified midwives in the newly opened Nagakeo Rumah Sakit (Hospital).